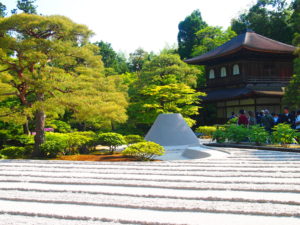 Channel: Places to see in

FOR MORE VIDEOS ON JAPAN

Ōsaka (大阪) is the third largest city in Japan, with a population of over 2.5 million people in its greater metropolitan area. It is the central metropolis of the Kansai region and the largest of the Osaka-Kobe-Kyoto trio. If Tokyo is Japan’s capital, one might call Osaka its anti-capital. Whatever you call it, though, there are many opportunities for you to discover its true character.

"Osaka" can mean either the larger Osaka prefecture (大阪府 Ōsaka-fu), covered in a separate guide, or central Osaka city (大阪市 Ōsaka-shi), the topic of this guide. The city is administratively divided into 24 wards (区 ku), but in common usage the following divisions are more useful:

Kita (キタ)
The newer center of the city, including the Kita ward (北区). Umeda (梅田) is the main terminal. Department stores, theaters and boutiques are clustered around JR Osaka Station and Umeda Station, which serves several city and private railways

Minami (ミナミ)
The traditional commercial and cultural center, composed of the Chuo (中央区) and Naniwa (浪速区) wards. Namba (なんば, 難波) is the main railway station, and the surrounding area has the department store and showy shopping. Shinsaibashi (心斎橋) and Horie (堀江) is the fashion area. Dōtonbori (道頓堀) is the best place to go for a bite to eat.Semba (船場) straddles the line between Kita and Minami, and contains the business districts of Yodoyabashi (淀屋橋), Doujima (堂島) and Hommachi (本町); and the financial district of Kitahama (北浜).

Tennoji (天王寺)
Generally means the area around JR Tennōji Station, Abeno and Tennoji subway stations and Kintetsu rail lines, located at the south end of Tennōji ward. The ward was named after the historical Shitennoji temple. Tennōji Park and Zoo are in the area, and so is the Tsūtenkaku Tower. To the west of Tennōji is Shinsekai (新世界), which was an amusement area in the past and has now become quite seedy.

Osaka castle
Osaka Castle (大阪城) is one of the most visited tourist attractions in Japan. Kyōbashi (京橋) is northeast of Osaka Castle, home to Osaka Business Park (OBP).

East
The eastern suburbs of Osaka.

South
The southern suburbs of Osaka containing various districts, which has the Sumiyoshi-Taisya Grand Shrine.

Veiled much with a commercial-centric city touch, you may as well start from picking up the lively intonation of Osaka dialect, heard from the people as you ride on the escalators standing on the right, instead of the left in Tokyo; then discovering the contrast of popular food to eastern Japan, as you look for places to lunch. The deeper you get inside, and at the end of your stay, it is not completely impossible that you may have compiled your own original list of reasons covering from history, culture, sports, to business.

The Osaka Subway is Japan’s second-most extensive subway network after Tokyo, which makes the underground the natural way to get around. The Midosuji Line is Osaka’s main artery, linking up the massive train stations and shopping complexes of Shin-Osaka, Umeda, Shinsaibashi, Namba and Tennoji.

Even in a nation of obsessive gourmands Osaka is known as an excellent place to eat, exemplified by the Osakan maxim kuidaore, "eat yourself into ruin". The best place for trying out kuidaore is probably Dōtonbori (道頓堀) and neighboring Hōzenji-yokochō (法善寺横町) or Soemon-cho (宗右衛門町), the whole area containing nearly nothing but one restaurant after another.

Osaka has a vast range of accommodation, including some of the best hotels in the world. Most of the city’s moderate and expensive hotels can be found in Umeda , Namba, Shin-Osaka and Kyobashi , though they also have their share of budget options.

( Osaka – Japan ) is well know as a tourist destination because of the variety of places you can enjoy while you are visiting Osaka . Through a series of videos we will try to show you recommended places to visit in Osaka – Japan

Join us for more :
https://www.youtube.com/channel/UCLP2J3yzHO9rZDyzie5Y5Og

* This article was originally published here